For the first time in this economic cycle we have a synchronized easing of monetary policies by all the major economies. While we expect global growth to remain subpar historically, the combined easing of monetary policy has caused a reacceleration in economic activity. The improvement in global growth at this late stage of the economic cycle has clearly changed the investment environment. Cyclical sectors of the equity market have strongly outperformed, commodity prices have rallied and the earnings prospects for the cycle sectors have improved. Since year end the Canadian Equity market has been one of the best performing markets in the world driven by the strong results from the Metals & Mining, Gold, Energy and Industrial sectors. 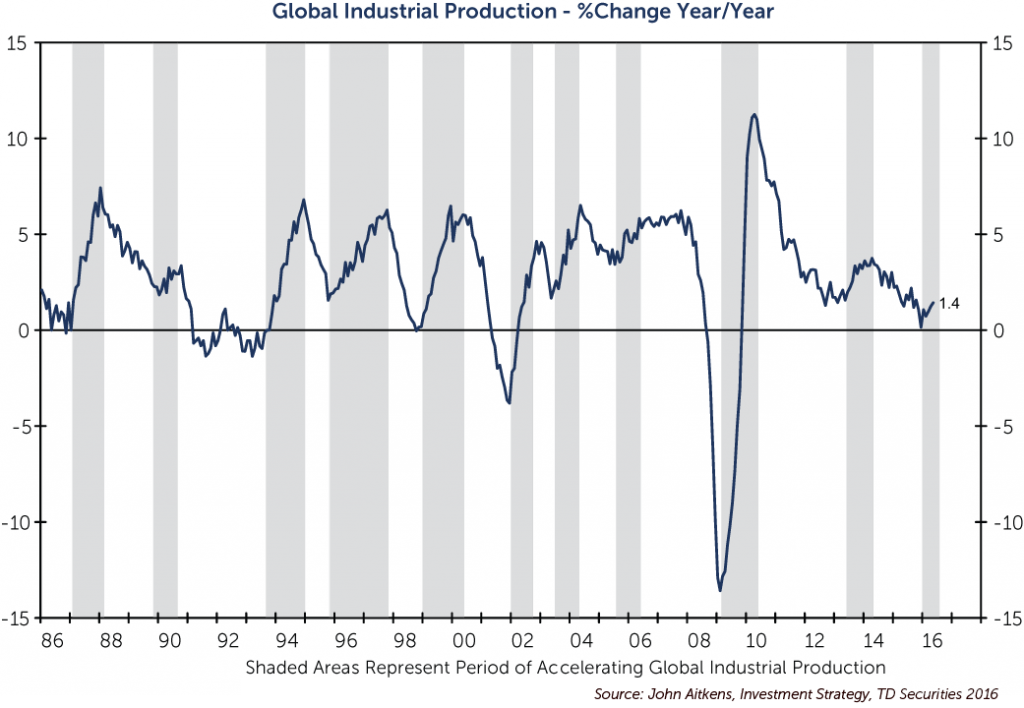 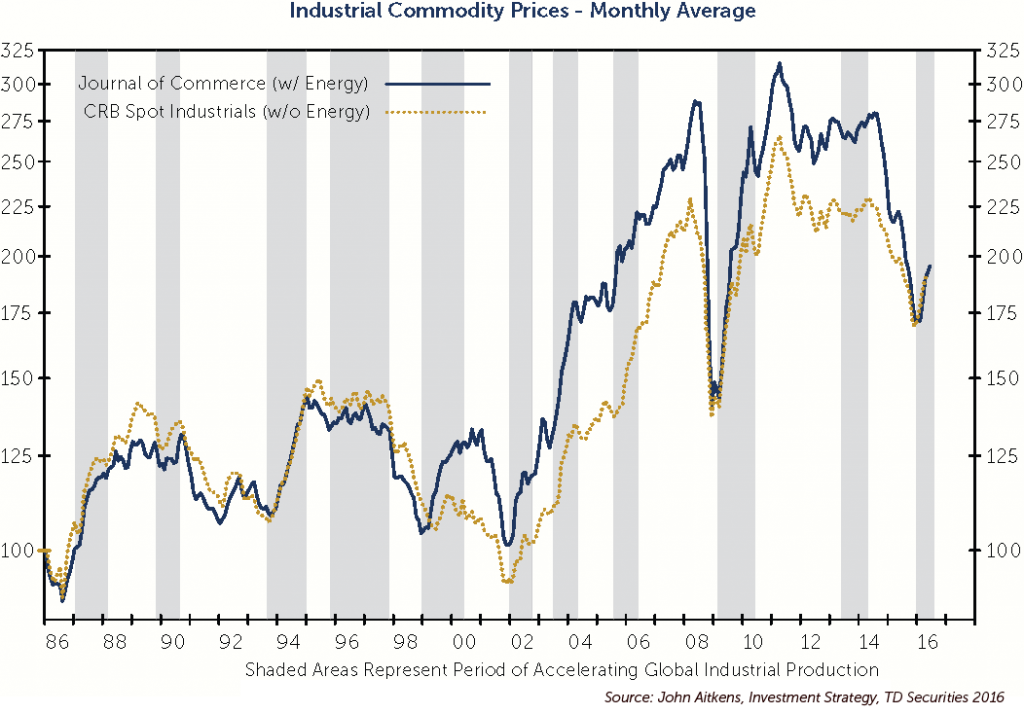 On the strength in commodity prices and improving industrial production corporate earnings are expected to reaccelerate particularly in the cyclical sectors. The slow growth nature of this economic cycle has put significant pressure on the cycle areas of the economy due to weak pricing, low volumes and overcapacity issues. As a result there has been widespread cost cutting, restructuring and merger and acquisition activity throughout the cyclical sectors over the past four years. We expect the earnings rebound in cyclical companies to be surprisingly strong as the combination of improved pricing, volumes and cost reductions have a significant impact on operating margins, cash flows and earnings. Another factor that will come into play is interest rates. Given the improving growth prospects for global growth an interest rate hike by the US Fed becomes more likely. During the late stages of an economic cycle interest rates rise as employment markets tighten, capital spending expands and regulatory authorities begin to normalize interest rates. The initial interest rate hike is not a threat to the economy as it reflects the maturity of economic activity. It will however cause a reallocation of capital in the financial markets as the investment prospects for various sectors are adjusted. Sector rotation occurs as the interest sensitive and consumer areas of the market typically under perform due to valuation pressures from rising interest rates and a slowing in earnings growth. The cyclical areas of the market attract funds due to lower valuations and improving earnings prospects. This latter point is an important one as investors have over the past few years have significantly over weighted the interest sensitive sectors in a quest for yield. 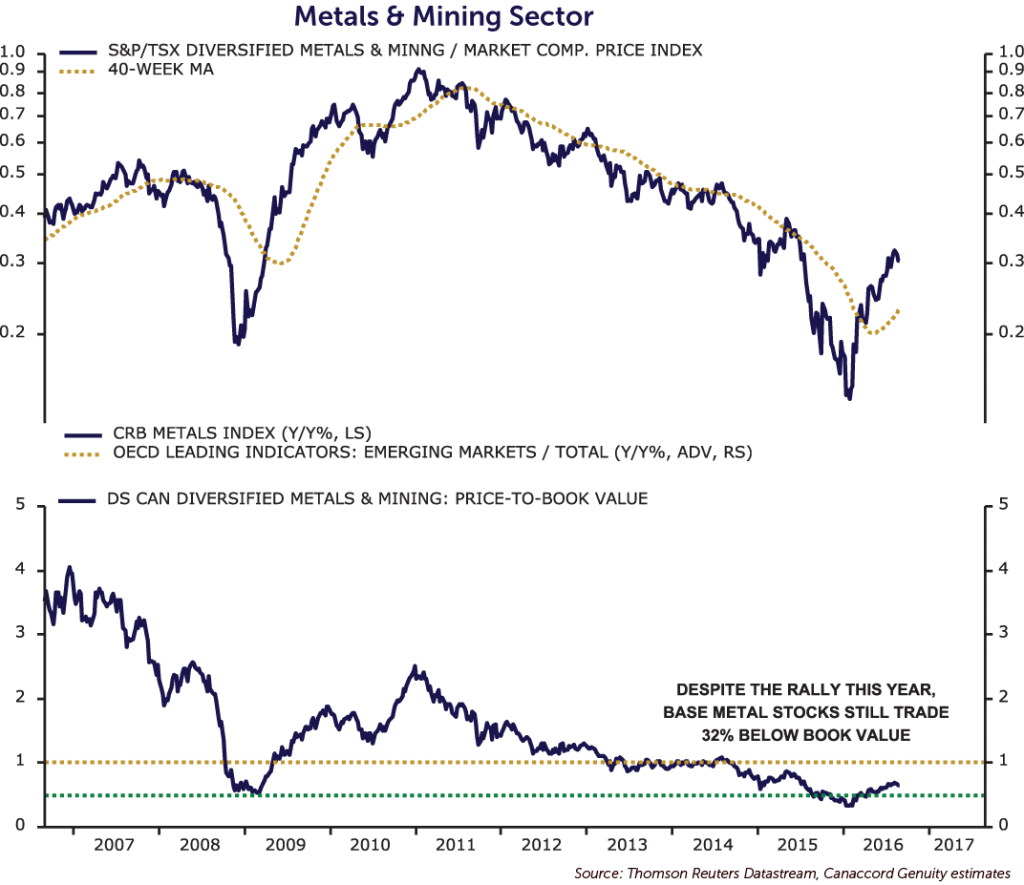 Of all the cyclical areas the mining sector is the most sensitive to changes in commodity prices and economic activity which partially explains the strong rally in mining stocks since year end. The other factor that contributed to this strong performance is valuations. Investors became extremely pessimistic about the prospects for the mining sector late last year following five years of poor performance. By late 2015 valuation levels had declined below the financial crisis levels of 2009 as can be seen on the chart above. Note that in spite of the rally in mining stocks the valuations are still very low.

The outlook for the mining sector remains positive as the growth prospects are improving, valuations are low and the late stage economic investment environment supports a rotation of capital to the cyclical sectors of the equity market.