By Mauricio
Posted Annually as of 2021
In Market Insights, News
0 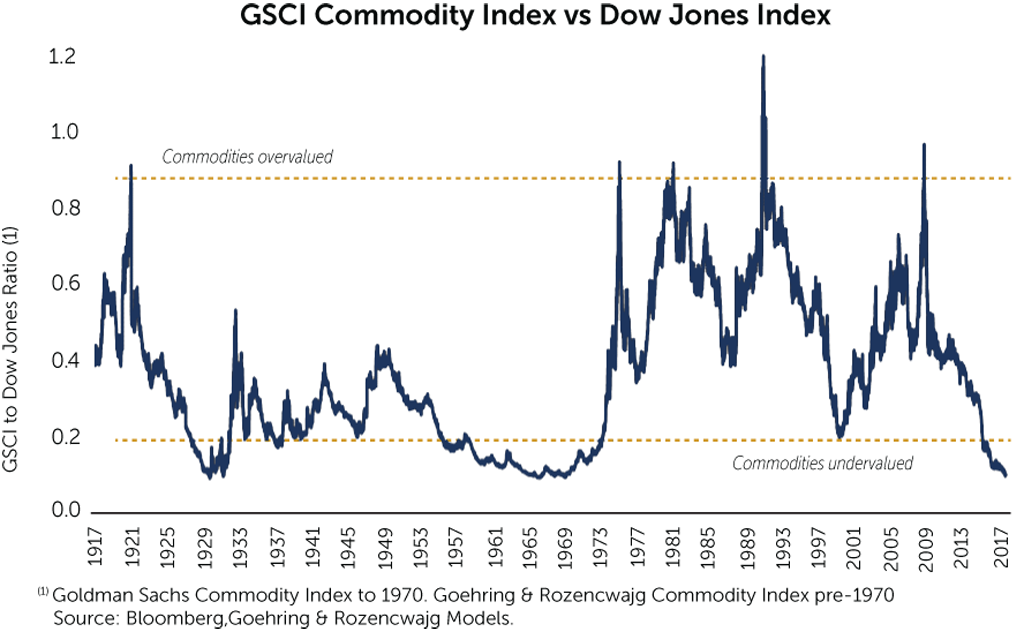 Commodity prices bottomed in 2016 and have continued their up trend in 2017. This is consistent with the improvement in global economic growth since the summer of 2016 as noted in the chart below which shows the global Manufacturing PMI Index. Since mid-2016 global manufacturing has accelerated with strength showing up in both the advanced and emerging economies. This synchronized global growth has had a significant impact on the demand for metal commodities. 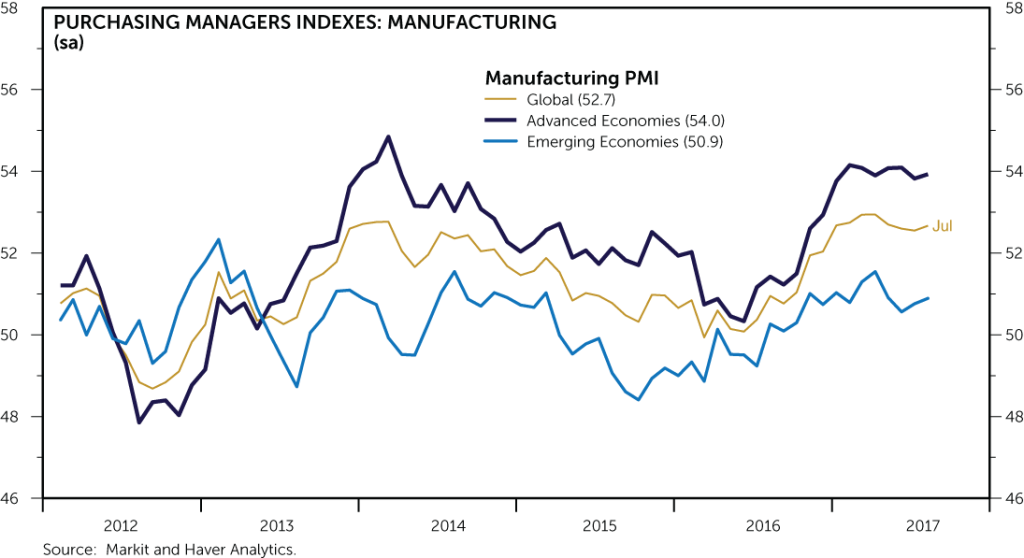 Copper prices have advanced over 50% since 2016 including a strong rally in the past few weeks taking the price over $3/lb. While the demand of copper has improved over the past year reflecting the strength of the global economy the most important factor for copper prices is supply. Due to the challenging pricing environment between 2011 and 2016 the copper industry dramatically cut capital spending and adopted a strategy to high grade existing production in order to maximize near term cash flow. The result of these strategies is to reduce the capability of the industry to increase production at the very point in time when demand is picking up. A good example of this is Chile, the largest copper producer in the world where annual production has declined 5% in recent months. Given the improving demand and tightening supply conditions copper prices will continue to trend higher. 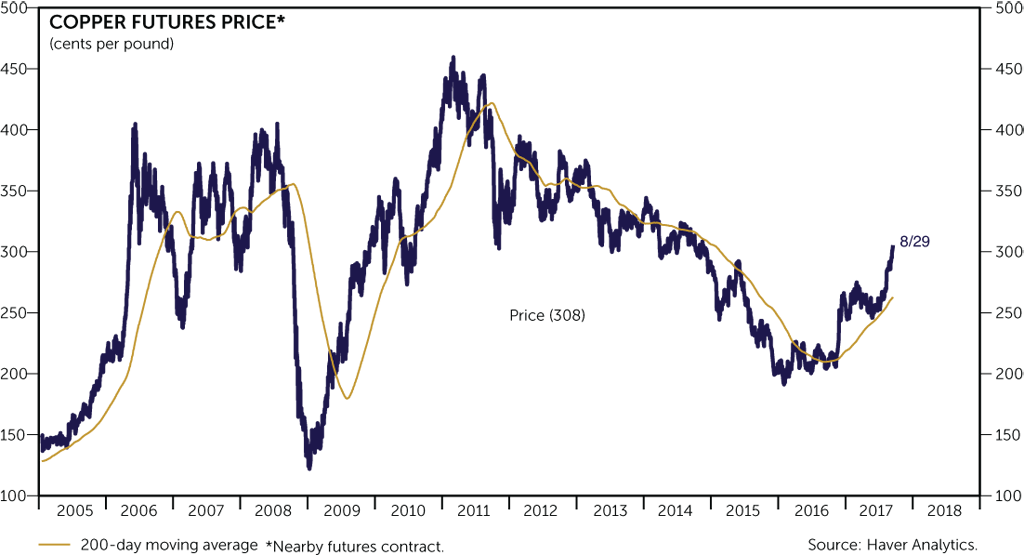 We believe we are in the late stages of the economic cycle during which both labour and productive capacity tightens up, inflation and commodity prices increase and interest rates rise as monetary authorities normalize interest rates. An important sign post confirming our view is the US dollar. The chart below shows how major upturns in the CRB Raw Materials Index precede by several months significant declines in the US dollar. Further weakness in the US dollar could be an important catalyst in convincing investors that the late stage cycle is in full force. We acknowledge that the disinflationary trends that are well entrenched in the economy will likely moderate the extremes and perhaps extend the time frame in which we remain in this stage of the cycle. However, we do not believe that they will change the coarse we are on. Ultimately the cycle will end when in response to an overheated economy monetary policies tighten to the point of causing a recession, For now there are no indicators to suggest that the end game is near. 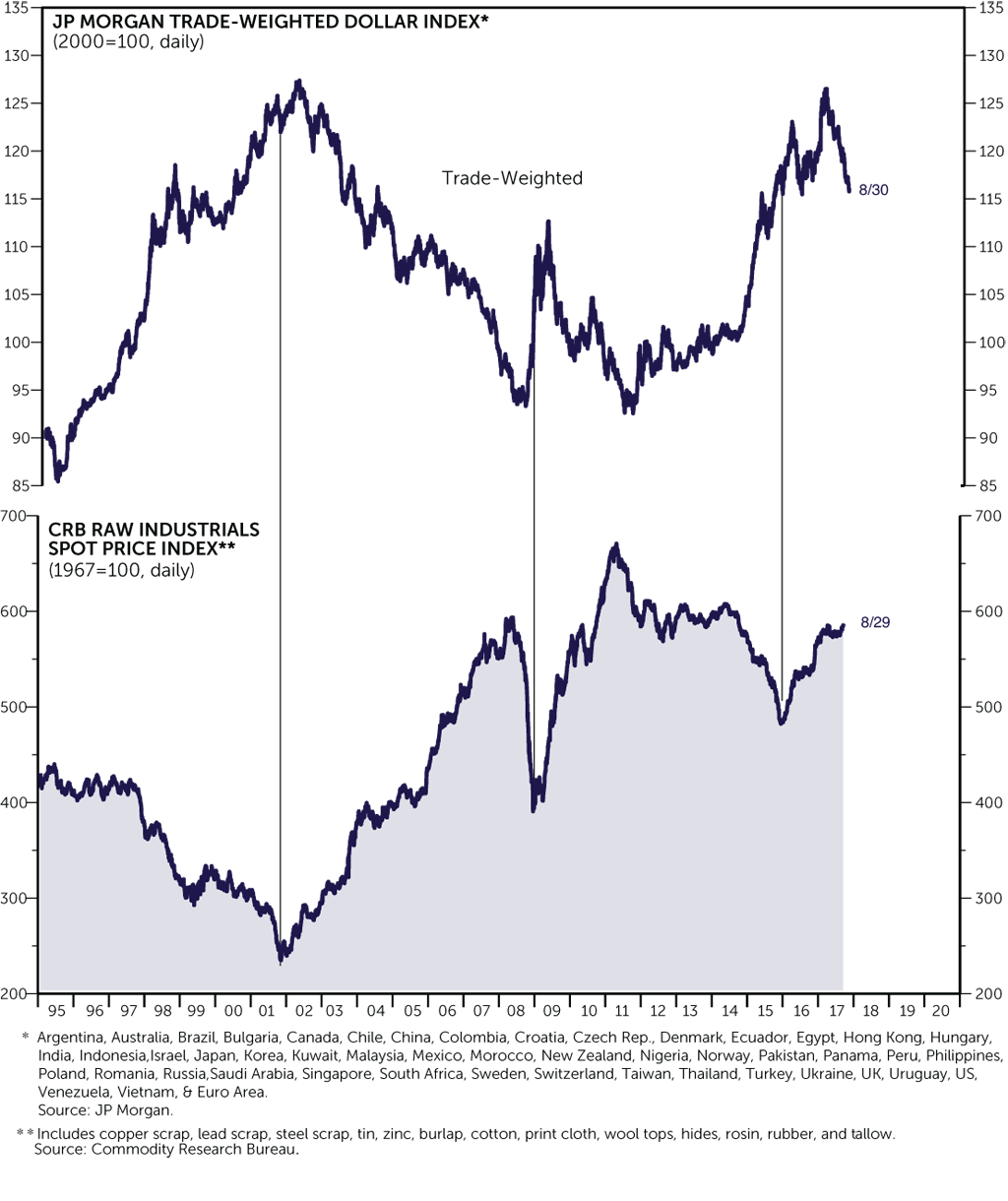 The late stage economic environment will cause a major shift in investment posture by investors in terms of both asset allocation (stocks, bonds and hard assets) as well as sector allocation within the stock market. Cyclical stocks will likely outperform for the balance of this economic cycle.